Traditional data backup methods are becoming less of an option for businesses. Data is increasingly becoming the lifeblood of any business therefore it is crucial that the data is insured should a disaster strike.

Backups are vital to ensure that your data can survive any of the hazards that await. Given that data storage is prone to failure, it makes a data backup your only reliable solution to protect yourself against this. The 3-2-1 approach is in essence having three copies of your data, storing that data on two different media and keeping one copy offsite.

There are several instances that can occur to a device like a malfunction, ransomware, inconsistencies with the backup or even a natural disaster that makes keeping all your data in one place a terrible idea. Many take the “it probably will not happen” approach to things, the fact of the matter is that anything bad that can happen, will happen. Having at least 3 copies saves you from any of these events however it does not need to just stop at 3 as the more the copies you have the better.

Storage devices will fail sooner or later, that is a given. We see hard drive failure all the time due to a defect or it simply wearing out. That being said having two devices that are the same that were purchased at the same time (two hard drives for example) are at risk of failing at the same time as opposed to having it on two devices that are different types. Of course, all types of storage devices have its strengths and weaknesses so the combination of having 2 different storage formats avoids the risk of losing data due to the same hardware issue.

What you do not want to do is have all your data kept within one building. Imagine a fire happens in that building triggering the sprinkler system thus damaging all your hardware... outcome = disaster. The 3-2-1 rule states that at least one copy of your data should exist in an offsite location such as in another office or better yet in a cloud-based data centre.

using the cloud as an offsite backup solution

Using Veeam Backup as a Service extends your local infrastructure to the cloud, allowing you to use Veeam software to backup your data to London Systems’ Cloud Connect. Cloud storage being relatively inexpensive and infinitely scalable makes it a great option for an offsite backup. Major benefits are 1. you are not subject to typical threats of hackers, natural disasters and user error 2. backups are readily available and easily located due to multiple levels of redundancy and 3. you only need to pay for what you need as billing is done per TB.

The 3-2-1 backup approach is also known as the 3-2-1-0 rule as it zeroes out the risk of data loss. Murphy’s law says that anything that can go wrong will go wrong… but with the 3-2-1 strategy in place, your data always survives.
< Previous

The London Systems approach is about being straight forward, transparent and excellent. We do things differently and specialise in providing complete managed IT services. Cloud based IT Solutions for business in London and globally.

Why you need to back up Office 365 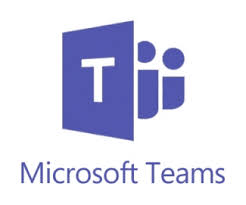 How Microsoft Teams Can Help You Work From Home